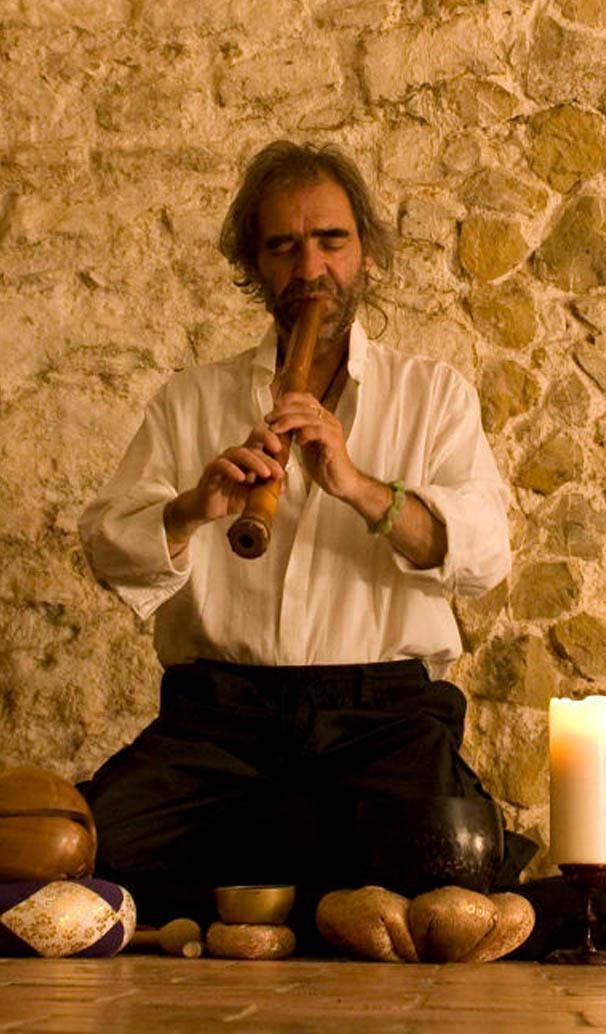 A Czech leading shakuhachi player, composer and musicologist and the cofounder of the International Shakuhachi Festival Prague

Doc. Vlastislav Matoušek PhD. studied composition and post-gradual courses in Musical Theory  at the Faculty of Music at the Academy of Performing Arts in Prague, where he received his Ph.D. degree in theory of composition and where he has been teaching ethnomusicology since 1991 .  As a fellow of Japan Foundation he studied shakuhachi playing with the shakuhachi master Kifu Mitsuhashi and Japanese Traditional Music at Prof. Yamaguchi Osamu in Japan (1996) for six months.

As a soloist concert performer he mainly plays honkyoku – traditional pieces for Japanese bamboo flute, shakuhachi. He is an art-director and a conductor of his contemporary music Ensemble 108 Hz which presents experimental music and his own compositions for voices and other exotic and folk instruments from his personal extensive collection, often in combination with electronic music. www.shakuhachi.cz