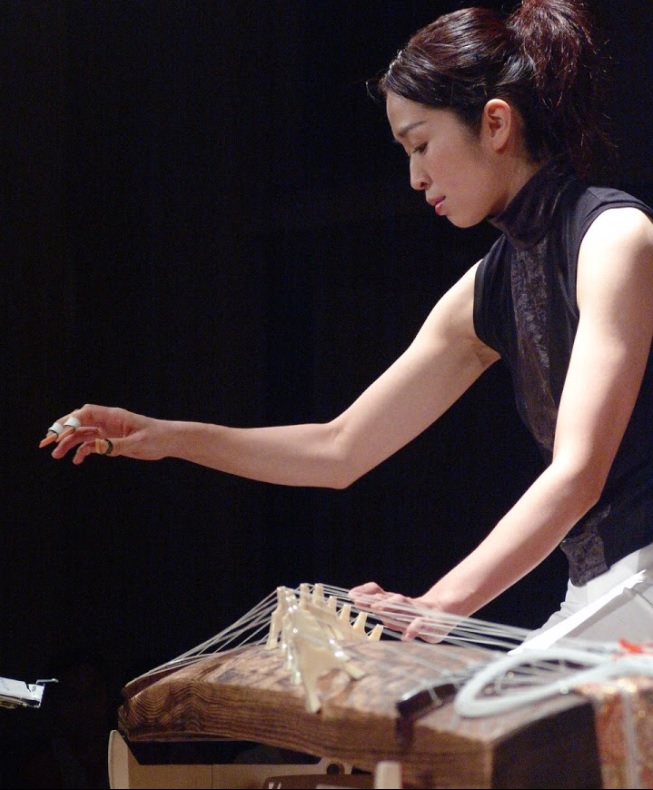 Japanese koto world virtuoso, whose music ranges from sonic intimacy to ingenious rhythmic and melodic gradations. Naoko Kikuchi is a successor in the line of a legendary player, composer and improviser Sawai Tadao. She is a member of AsianArt Ensemble (Berlin). Her repertoire consists of traditional, modern and contemporary music and improvisation. She comes from a family line of koto players, where her first teachers were her mother and grandmother. Later Sawai Tadao, the national living treasure, became her master. After graduating from the NHK Academy of Traditional Japanese Music, she further developed at the IEMA (Internationale Ensemble Modern Akademie) in Frankfurt. Her education and skills thus follow the classic Eastern doctrine that innovation and innovative practices go hand in hand with drawing on a deep tradition.