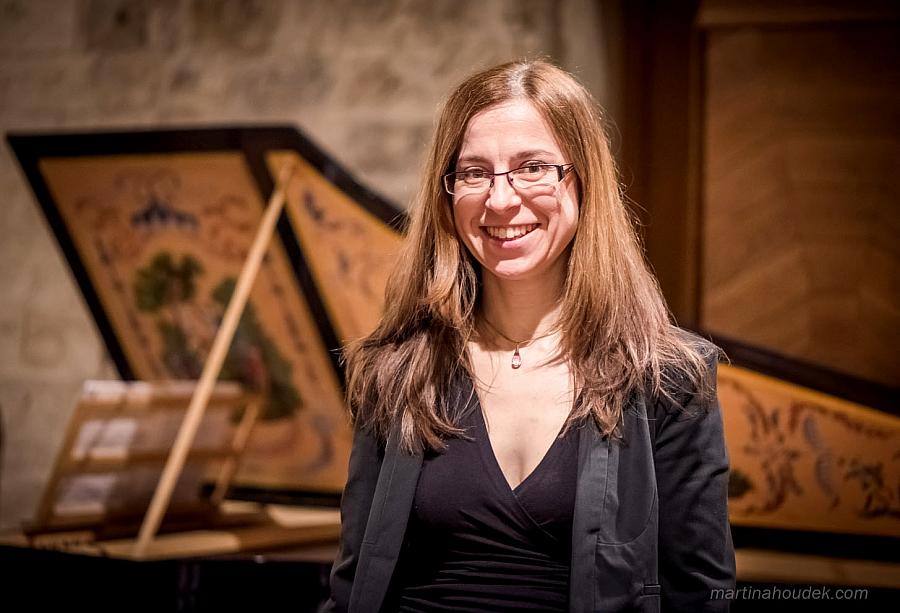 Monika is a performer of excellent artistic and technical qualities, holder of a number of prestigious awards and one of the most significant discoveries of the young generation. In 1999, she won the 3rd prize awarded by Prague Spring International Competition together with a laureate award and an award by the Bohuslav Martinů Foundation. In 2002 she became the holder of the prestigious award by Davidoff Prix of the Czech Republic, in 2003 she received the 3rd prize and laureate award by the Grosser Förderpreiswettbewerb in Munich together with Jana Semerádová in the category of historically informed interpretation of classical music. In the same year she was also awarded the prize of Young Podium in Karlovy Vary. Her latest CD for Supraphon Compilation for Cembalo B. Martinů 2005 (2005) was awarded by international critics 4 Diapasons d’Or, 10 Jokers and a CD of the Month by Crescendo, Le Monde de la Musique magazine. She regularly performs as a soloist and chamber musician at home and abroad (Germany, Austria, Belgium, France, Poland, etc.).