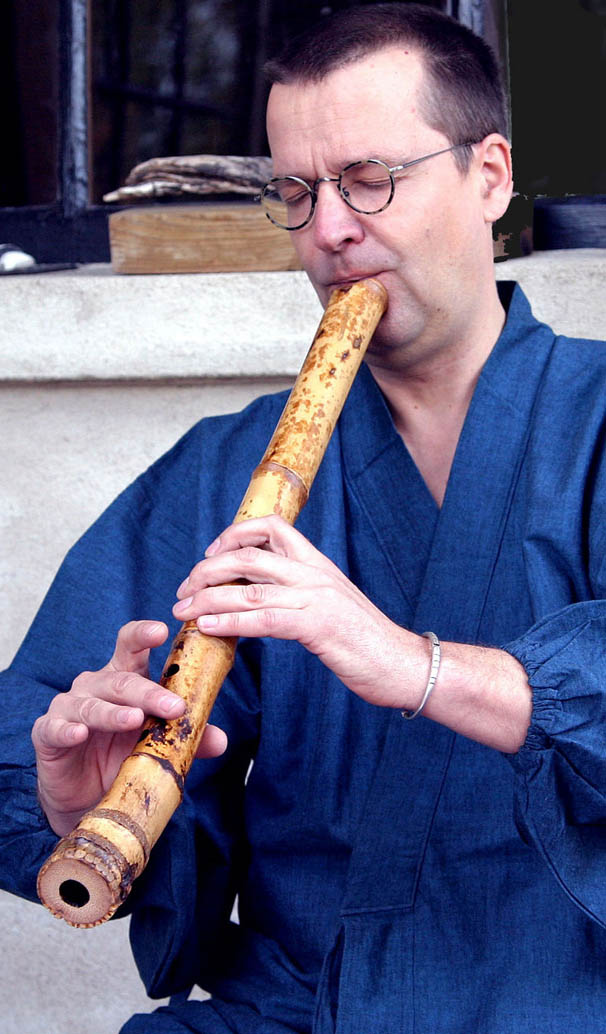 A multi-instrumentalist, teacher of the flute, saxophone, clarinet and shakuhachi

Dietmar studied shakuhachi at Itchoken, old shakuhachi temple of the komuso, which is part of the Saikoji temple complex in Fukuoka where he also served as a priest. After twenty-four years of studying shakuhachi with heads of Itchoken he was awarded a master title and performance name Ippu. Dietmar Herriger (1959, Langenfeld, Germany) studied art history and musicology in Marburg and flute at Detmold University of Music. In 1988 he went to Fukuoka, Japan, to learn shakuhachi from Iso Genjo Oshu-san and Iso Genmyo Oshu-san. Dietmar also became a priest of the Saikoji Temple. Since 1989 Dietmar is frequently returning to Japan to complete his studies. He teaches flute, saxophone, clarinet and shakuhachi at the Leo Kestenberg music school in Berlin. Performs solo concerts with shakuhachi, flute  and live electronics. He is also performing with the “Kunst der Pause“ saxophone quartet. Since 2006 he concerts with Villu Veski, Tiit Kalluste and Taavo Remmel in Estonia. In 2012, he was awarded with the master title Kaiden and name Dietmar Ippu Herriger.