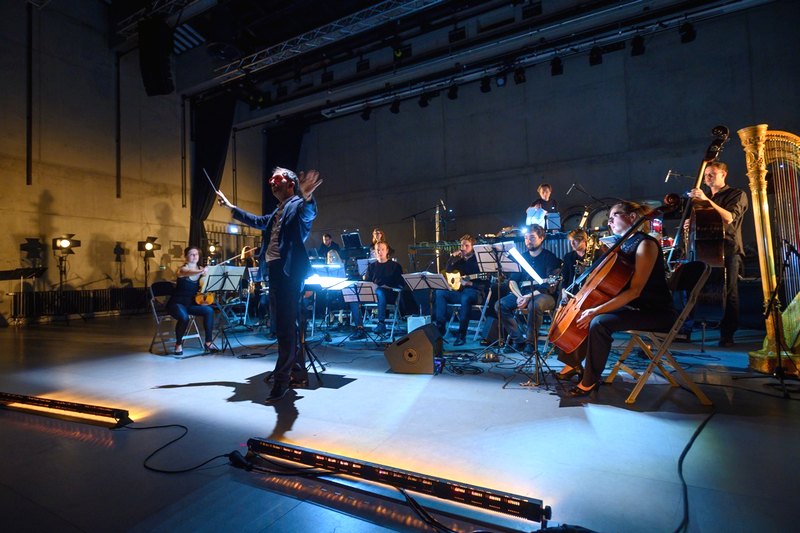 One of the fresh young stars of the Czech musical scene

Berg Orchestra is one of the fresh young stars of the Czech musical scene. It brings to audiences attractive and inventive projects that put emphasis on 20th century and contemporary music which it combines with other arts including theatre, film, pantomime or videoart. The orchestra often performs outside traditional concert halls. It also regularly commissions premieres with the best, primarily young Czech composers. Thus it helps create new values and invests into the future of music and arts. Until today it has presented dozens of world premieres as well as many Czech premieres of works by world class composers. The concert activities of the orchestra include performances at international festivals and important Czech stages. It collaborates with the National Theatre Ballet (in productions Goldilocks and Ibbur), has created plenty of recordings for the Czech Radio and for CDs. In 2007 it also had its own programme for Czech Television.

Berg Orchestra was founded in 1995 on initiative of young conductor Peter Vrabel
who still remains its artistic director.